The Scale Models Get Larger and Larger 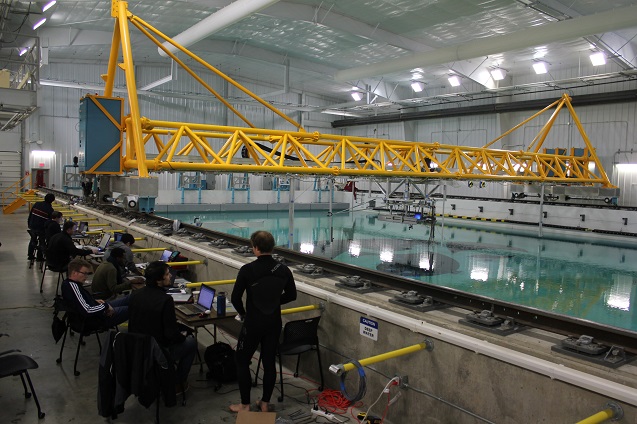 After the ISHOW victory, the CalWave team entered a Department of Energy competition called the Wave Energy Prize. CalWave was among a first round of 20 winners receiving support for testing of a 1/50th scale model. CalWave just completed that testing, at the University of Iowa, and the results were so strong they propelled the team to the top of nine finalists. The Wave Energy Prize is a “design-build-test” competition for a design that can significantly reduce the cost of wave-generated power. The finalists now move on to testing 1/20th scale models this summer at a large U.S. Navy facility in Carderock, MD.